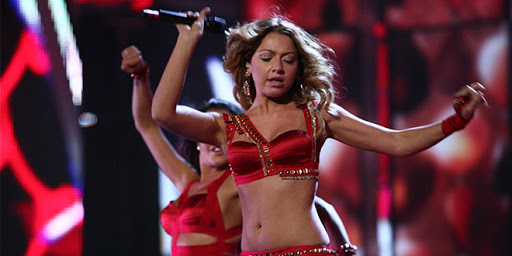 HLN.be reports that Hadise, who represented Turkey at the Eurovision Song Contest 2009 wants to go to Eurovision again, but this time for Belgium.

This Tuesday morning, Hadise took part on the radio show from Peter Van de Veire on MNM. When being asked if she would like to go back to Eurovision, she said:

“I would like to go to Eurovision for Belgium, but I’ve never been asked. After all the experience I have built up in the meantime, I would certainly consider it again.”

When being asked how she looks back at her journey from Eurovision 2009, she explains:

“In the end I ended up in fourth place. Of course I was terribly sorry that I did not win. It was a difficult period, I had worked very hard and had also received some criticism. Besides, I got sick during the game. I had herpes and my face was covered with cuts. I really suffered.”

Hadise represented Turkey at Eurovision 2009 in Moscow with her song “Düm Tek Tek”. She placed fourth in the grand final.