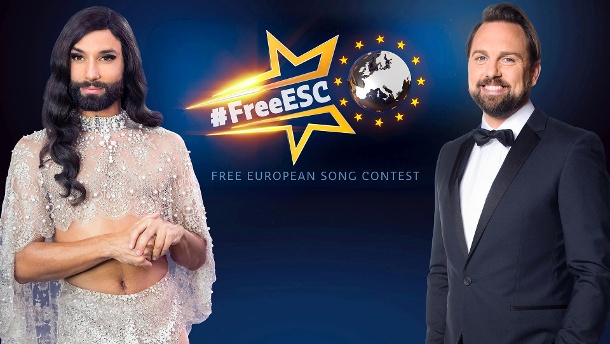 WHO WILL JOIN THE LINE-UP?

The Eurovision Song Contest 2020 might be cancelled but German private channel ProSieben did come up with an alternative show: The Free European Song Contest which will be produced by Stefan Raab.

Conchita Wurst, who won the Eurovision Song Contest in 2014 will host the show together with Steven Gätjen.

Each country will have a national jury who will award points from 1-8, 10 and 12 except for Germany, Austria and Switzerland who will be able to vote via televote. Each jury will announce their points from their respective countries, just like in the Eurovision Song Contest.

Conchita is sure that the Free ESC will unite Europe in a spectacular way, stating:

“The ‘Free European Song Contest’ will be a diverse night with amazing artists from different genres. I am looking forward to the show on Saturday with lots of live performances and I am proud to host the show together with Steven Gätjen.”

Steven Gätjen is also very excited about the alternative show:

“Music unites us all, especially during that night. Because on that night we will find out which artist and which song will touch the people at home the most. I am very excited about the artists: will it be pop, heavy metal, rap or something completely different? I am looking forward to a very colorful amazing night with lots of surprises.”

The Free European Song Contest will be broadcasted on ProSieben at 16th May – 20.15 (CET).

ARE YOU EXCITED FOR THE FREE ESC? TELL US IN THE COMMENTS SECTION BELOW.