The Eurovision Song Contest 2020 got cancelled because of the spread of the coronavirus. Luckily, the EBU did come up with an alternative show to give this years artists a platform to showcase their songs: “Eurovision: Europe Shine A Light”.

“This was the first time since 1956 that we had to cancel the ESC. We are working very hard to make sure to travel to the ESC next year.”

Many fans were worried that next years competition might get cancelled as well as the Dutch government announced that no large events will be held until a vaccine is found.

However, Jon Ola Sand stated that they are working on the governments restrictions:

“We are taking aware of the restrictions of the governments regarding COVID-19. Both preparation and implementation must be done in accordance with these rules that apply throughout autumn and perhaps into the spring half of 2021. But we are much more prepared now than in March this year.”

DO YOU THINK THAT THE ESC WILL BE HELD IN 2021 AS WELL? TELL US IN THE COMMENTS SECTION BELOW! 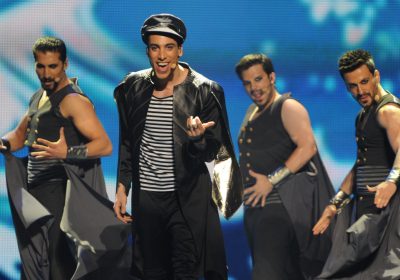 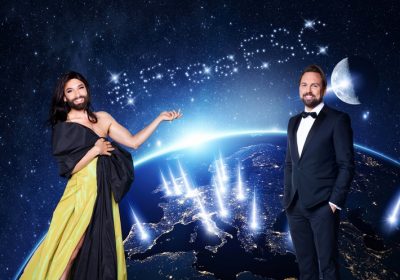 “EUROPE SHINE A LIGHT” GOT A NEW COMPETITORThe Euroision Song Contest 2020 might be cancelled but Stefan Raab announced a brand new competition which will be aired on ProSieben at 16th May at 20:15 CET as an alternative: the Free European Song Contest (abbrev. Free ESC). ProSieben announced the 15 competing countries last week, including Turkey and Kazakhstan.These 15 countries will be represented by a singer which lives in Germany and has origins to the respective country the artist is representing.Now more details about the show came to the spotlight as ProSieben made a special digital press conference with the hosts Conchita Wurst (Eurovision Song Contest 2014 winner) and Steven Gätjen and with ProSieben chef Daniel Rosemann.It is planned that the Free ESC will be held annually each year. However no details are given if the show will be held at the same night as the Eurovision Song Contest.ProSieben also announed the first artists who will compete in the competition:Croatia: Vanessa MaiBulgaria: OonaghTurkey: Eko Fresh with Umut TimurAustria: Josh. United Kingdom: Kelvin JonesKazakhstan: Mike Singer (parents from Kazakhstan)Ireland: Sean HillItaly: Sarah Lombardi (Italian mother)The remaining artists will be announced later.Being asked why the contest will be held at the same day as “Europe Shine A Light” ProSieben announced that the date was set before the date for Europe Shine A Light was revealed.It was also announced that the artists will do live performances with a live band. Not all the songs will be heard for the first time, however all the songs will be fresh and with different and interesting languages.ProSieben also revealed the first spokespersons who will reveal the points from each country:Poland: Lukas PodolskiUnited Kingdom: Melanie CiIreland: Angelo KellyGermany, Austria and Switzerland can vote via televote while the votes from the other countries will be determined by a jury which have to be representatives of their own country. The countries will not be able to vote for their own countries.ARE YOU EXCITED FOR THE #FREE ESC? TELL US IN THE COMMENTS SECTION BELOW.Source: ProSiebenPhoto by: ProSieben ALTERNATIF EUROVISION YAYININA i (function($){ $(document).ready(function($) { var event_month = 5 - 1; $('#shailan-countdown-REPLACE_TO_ID_3').countdown({ until: new Date(2020, event_month, 16, 00, 00, 00, 0), description: 'KALDI', format: 'yowdHMS', timezone: '0' }); }); })(jQuery); Facebook Twitter Instagram Youtube en çok okunanlar 81 il oylamasi nedir? | Istatistikler Kasım 26, 2017 “Eurovision Kudüs’te düzenlenmeli” Mart 26, 2018 It’s official: the ESC 2020 is cancelled Mart 18, 2020 Türkiye, Eurovision’da yer almayacak Eylül 21, 2019 Bunu paylaş:TwitterFacebookWhatsAppRedditTelegramLinkedInYazdır 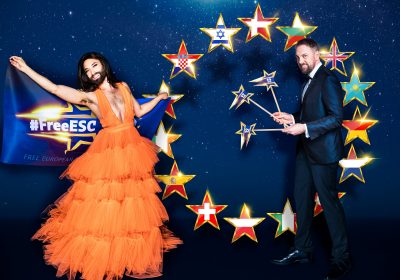 WHO WILL JOIN THE LINE-UP?The Eurovision Song Contest 2020 might be cancelled but German private channel ProSieben did come up with an alternative show: The Free European Song Contest which will be produced by Stefan Raab.The Free ESC, which will be broadcasted live from a studio in Cologne, Germany will feature a total of 15+ countries. Each country will be represented by a singer, which lives in Germany and has origins to their respective countries. The songs each country will be represented with will be performed live.ProSieben has announced the first 15 countries who will participate. These 15 countries are:CroatiaIsraelTurkeyDenmarkSwitzerlandUnited KingdomAustriaThe NetherlandsGermanySpainPolandBulgariaItalyIrelandKazakhstanConchita Wurst, who won the Eurovision Song Contest in 2014 will host the show together with Steven Gätjen.Each country will have a national jury who will award points from 1-8, 10 and 12 except for Germany, Austria and Switzerland who will be able to vote via televote. Each jury will announce their points from their respective countries, just like in the Eurovision Song Contest. Conchita is sure that the Free ESC will unite Europe in a spectacular way, stating:“The ‘Free European Song Contest’ will be a diverse night with amazing artists from different genres. I am looking forward to the show on Saturday with lots of live performances and I am proud to host the show together with Steven Gätjen.”Steven Gätjen is also very excited about the alternative show:“Music unites us all, especially during that night. Because on that night we will find out which artist and which song will touch the people at home the most. I am very excited about the artists: will it be pop, heavy metal, rap or something completely different? I am looking forward to a very colorful amazing night with lots of surprises.” The Free European Song Contest will be broadcasted on ProSieben at 16th May – 20.15 (CET).ARE YOU EXCITED FOR THE FREE ESC? TELL US IN THE COMMENTS SECTION BELOW.Source: presseportal.de (obs/ProSieben/ProSieben/Morianz/Saumweber)Photo by: ProSieben ALTERNATIF EUROVISION YAYININA i (function($){ $(document).ready(function($) { var event_month = 5 - 1; $('#shailan-countdown-REPLACE_TO_ID_4').countdown({ until: new Date(2020, event_month, 16, 00, 00, 00, 0), description: 'KALDI', format: 'yowdHMS', timezone: '0' }); }); })(jQuery); Facebook Twitter Instagram Youtube en çok okunanlar 81 il oylamasi nedir? | Istatistikler Kasım 26, 2017 “Eurovision Kudüs’te düzenlenmeli” Mart 26, 2018 It’s official: the ESC 2020 is cancelled Mart 18, 2020 Türkiye, Eurovision’da yer almayacak Eylül 21, 2019 Bunu paylaş:TwitterFacebookWhatsAppRedditTelegramLinkedInYazdır