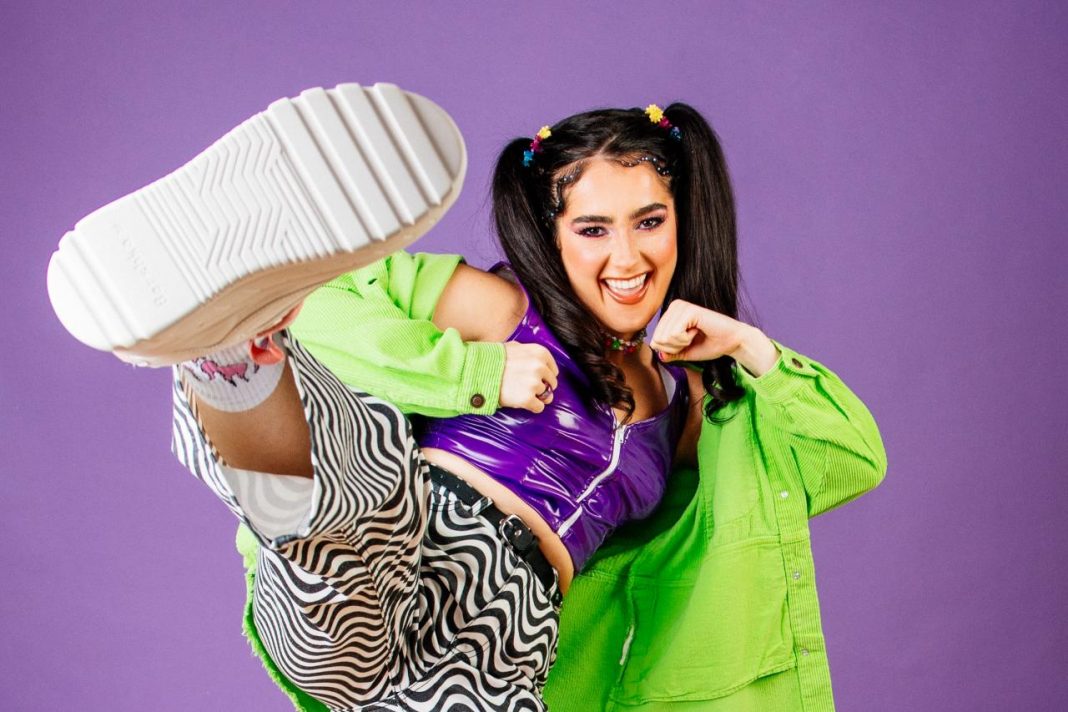 We interviewed Brooke, who will represent Ireland with her song “That’s Rich” at the Eurovision Song Contest 2022 to be held in May.

-Could you tell us a little bit about yourself?

I have been singing ever since I was a baby although I never took it seriously until The Voice is going off all you hear is in a musician in the hardest career in the world and no one gives you a chance so instead of trying I try to save myself the disappointment as I had already been disappointed so many times entering different local talent shows until my friend put me forward for a The voice UK and that is where my journey started properly. My daddy was a big player in my musical education I knew Tina Turner‘s album off by heart as Keith Urban and Dolly Parton, I will always thank him for doing this!

-How was your talent discovered?

By accident! A friend of mine registered me on The Voice – it wasn’t even my idea. But it’s been the best accident ever. I love music so much and performing comes so naturally to me because I enjoy it.

-How did you decide to participate in the national final?

My team and I had saw RTE were taking public submissions and it just so happened we had That’s Rich – which fit the bill in terms of how long it was, and the fact that it was so fun and unique, it felt like the perfect entry.

-Can you tell us something about the story behind ‘’That‘s Rich’’?

This was actually the first song that I had ever written so I wrote it only to be heard by myself as a practice for other songs that I might write in the future this song makes me happy and makes me want to get up and dance which is what I wanted it to do but seeing the support from everyone and seeing that they love it too just encourages mean to do this as a career for the rest of my life. This song is inspired by 80s music as the timeless genre will always be current, the 80s elements have been mixed with modern contemporary elements in order to crossover into a new sound.

-You have participated at The Voice of UK. How was this experience for you?

It was such a surreal experience and contrary to what you might of thought I was actually on the stage for 20 minutes making my decision, I had intended on going with either will.i.am or Tom Jones but the way MEGHAN TRAINOR spoke to me changed everything and I decided to be on her team we are still friends to this day and she has been a big supporter of me in my career especially in Eurovision.

A fun fact – this was all filmed in my garage! We knew we wanted it to look quite simple but effective which is why we used that colour palette and lighting and I wanted it to be authentic to me and my personality which is why I wore my own outfits which are naturally very bold and colourful. We work with a videographer, Jacob Henry a lot and he just gets me and my personality – which is captured particularly with the Middle 8 and when I grab the camera

-How do you prepare for Eurovision?

I am just so looking forward to flying the flag for my country whilst also getting to perform in a stadium on a massive stage with the first song that I have ever written! I’ve also found out that I can perform in the euro bash when I am in Turin because I’m in the second half of the second semi-final which will be epic!

My uncle lives in Turkey! So if you see a Scullion out there be sure to say hello and I can’t wait to come visit myself soon. Thanks for the support!