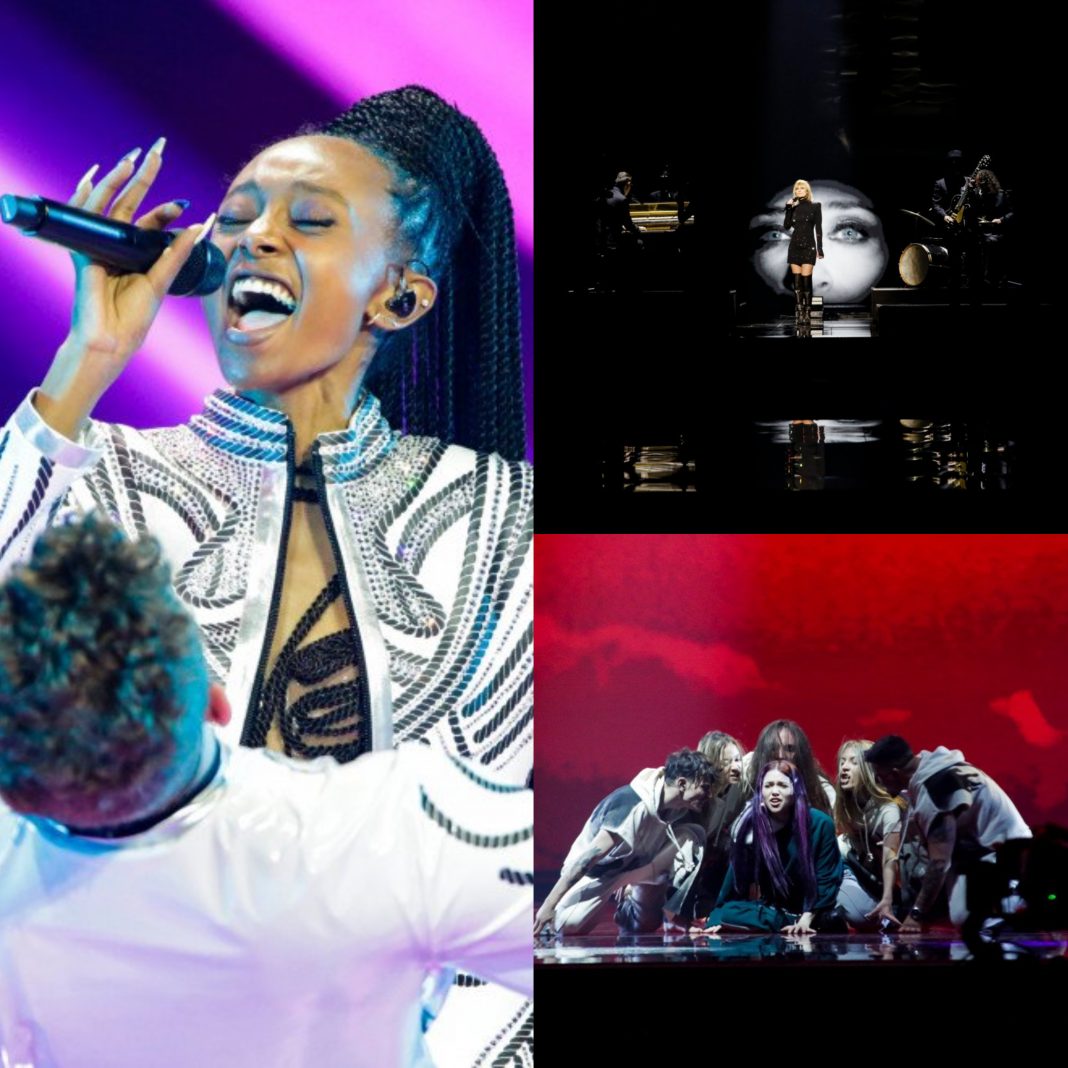 The first day of the second rehearsals are here! Let’s take a look what changes the delegations made to their performances.

The first country to rehearse after the break was Belgium. No majour differences here compared to the first rehearsal. They just fixed some camera angels. Everything is already finished here. This is ready to go to the live-shows. I don’t have any complaints for this – this might be a dark horse.

Next up is Israel. Eden wears her crown from the beginning of her performance, so there is no crowning moment at the end of the performance. Vocally she was okay, she missed the first whistle note. But other than that she hit it every time. I don’t have any doubts that she will hit it in the live shows as well. The stage is quite similar to the first rehearsal. They fixed a few camera cuts. Overall, this is a well choreographed performance. However, I’m uncertain whether it will make through to the grand final. I think it’s not impactful enough to say that this is a sure qualifier.