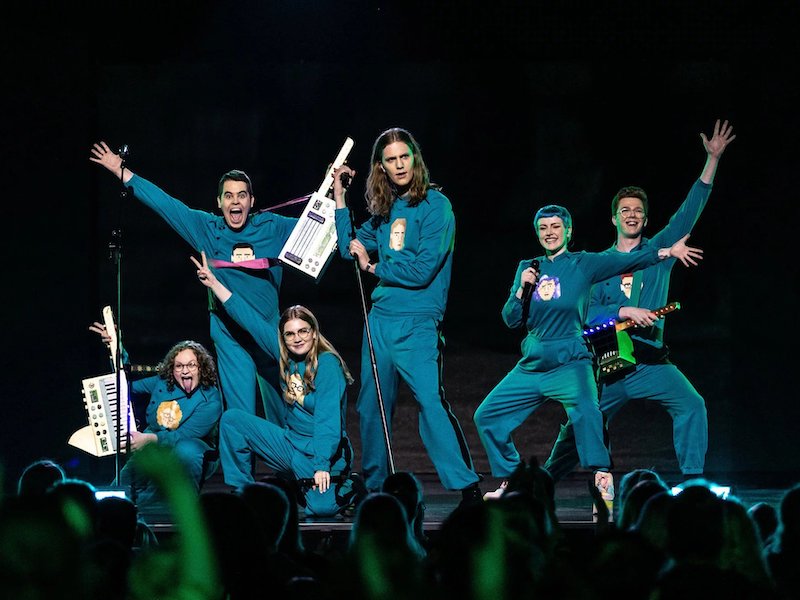 They were huge favourites to win the contest in 2020 – Daði og Gagnamagnið will represent Iceland at Eurovision 2021!

Daði Freyr has announced on his official Twitter page that he will represent Iceland at the Eurovision Song Contest 2021 in Rotterdam together with Gagnamagnið.

The group won “Söngvakeppnin 2020”, the Icelandic national selection for the Eurovision Song Contest with the song “Think About Things”. They therefore got the right to represent Iceland at the contest in 2020.

The song became a huge hit across Europe and became viral. They were one of the favourites to win the competition, being 4th in the final betting odds for Eurovision 2020.

On his statement, Daði states that he will write a new song for next years competition:

Eurovision 2021!
⁰I’m coming back next year and Gagnamagnið is joining me!
So I guess I’m writing another Eurovision song.
Also closing the Think About Things chapter of my life with some remixes released today:https://t.co/SZ6X8IY1ub
Thank you for all the support! pic.twitter.com/ovbxqCjfTp

The group already tried to represent Iceland at the competition in 2017, placing second in the national final.

Are you excited for Daði representing Iceland next year? Tell us in the comments section below.