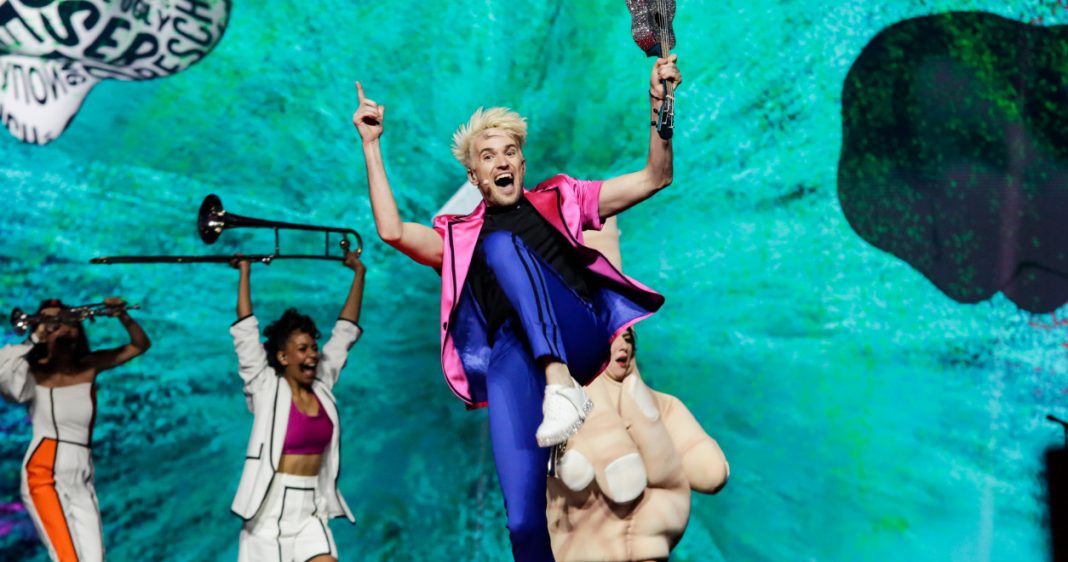 Next country to held its first rehearsal today was Germany.

Jendrik delivered a very energetic performance. The stage is very blue-ish and contains hate speeches in the LED. There are also lots of color explosions on the LED screen.

Jendrik is joined by his 3 backing vocalists and one dancer in a peace-sign costume. They all are quite energetic and use tromepts in one part of the song.

Vocals were a bit shaky, I assume that’s because he moves too much.

Overall, this can be described by one simple word: ENERGETIC.