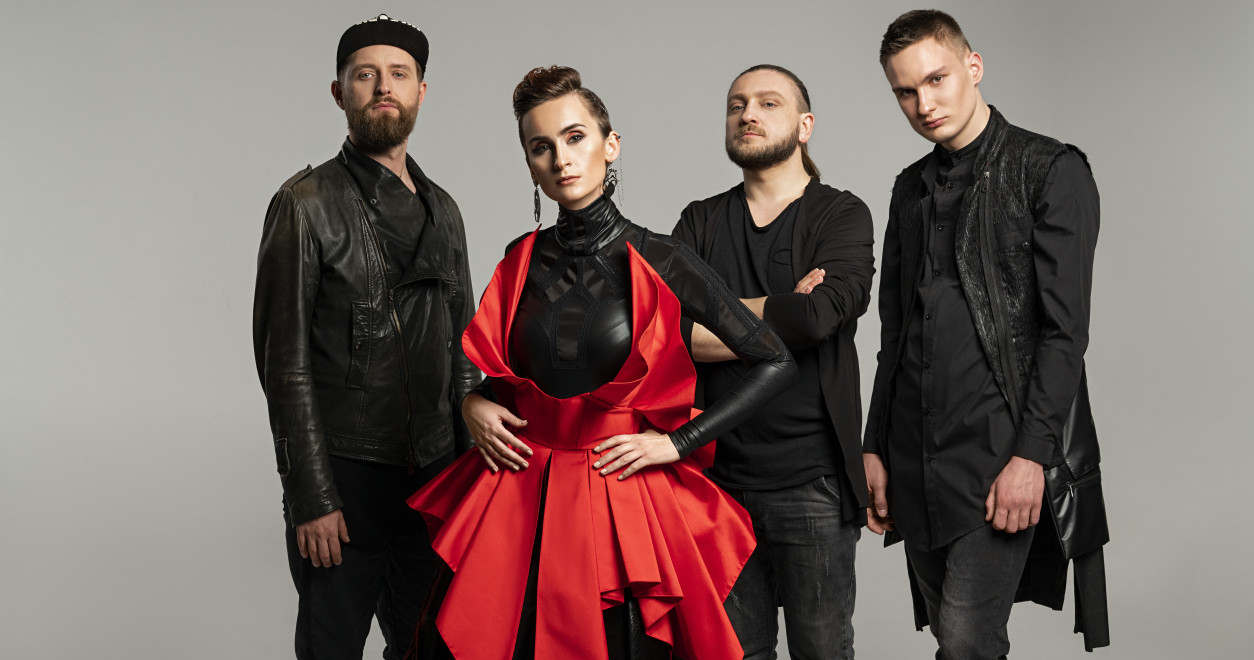 – Could you tell us a little about yourself, how was Go-A founded?

Sure. The story of the band started when sound producer Taras Shevchenko met ethno signer Kateryna Pavlenko in 2012. First, they wanted to write one song as an experiment but it worked out well. The musicians were surprised that no one had done anything alike before, therefore they decided to build their creative work on the combination of electronic music and Ukrainian folk. That’s how Go_A became a music pioneer. The band has been underground for a long time even though its performances have never left listeners cold.

The band has two leaders now. Katia is responsible for ethnic direction and Taras – for electronic component of music. Nevertheless, they always surround themselves with professional musicians who help them make music deeper, more vibrant and interesting.

Members of the band are the following:

– What is the meaning of Go-A?

The name “Go_A” consists of ‘Go’ as ‘movement’ and ‘A’ as an ancient Greek letter ‘alpha’ which stands for the origins, the beginning of everything, home and roots. For us, this name means going back to our roots.

– How did you decide to participate in Vidbir?

It was because of our fans. For almost a year we had been receiving messages from them, that we should participate in the next national selection. So we’ve decided to give it a try.

– Can you tell us a little bit about your song “Sovoley”?

The song is based on Katia’s personal story. It is about a strong girl who gives in and lets herself fall in love. Then, suddenly she realizes that she is not taken seriously.

She holds on to her dignity till the last and keeps playing her role as if she doesn’t really care, and yet turns the tables.

A Ukrainian folk song reinterpreted by Kateryna has become an inspiration for “Solovey”.

– Before Eurovision cancelled, authorities were discussing Ukrain’s gonna resign from the competition because of economical situations. What do you think about that?

There are always some rumors. UA: PBC team which we closely work with promises to finance the trip.

First of all, it is a chance to represent our culture on the international level since we retransmit Ukrainian cultural heritage to a wide audience. It is an honour and a great responsibility for us.

– What do you think about Turkey? What is your favorite Turkish Eurovision song?

We like that almost all contestants from Turkey put a little bit of Turkish native music into their songs. And the Turkish percussion!! It’s amazing! Sure we love “Every way that I can” by Sertab Erener. We also like Manga and their song “We could be the same”.

– Finally, do you have a message to our followers?

Of course we have! Thanks for supporting our band and listening to our song. We hope we’ll be able to visit your beautiful country and play some concerts for you as soon as it is possible. From Ukraine with love 🙂