We had interview with Cesar Sampson

We did an interview with Cesar Sampson who will represent Austria in Eurovision!

– Can you just talk about yourself ?
I am not a taker, especially not on stage. I think thats one of the reasons I love singing so much. It´s my way of communicating with my audience.

– How did your the talent discover?
I have been singing and dancing for as long as I remember. Thank god, my mom is a gifted pianist herself, and so my perfect pitch and general musicality was soon discovered and nurtured.

–  The music video is very successful. How did the video shooting go?
Yes we are all very happy with it! The video was shot on two full days , with hardly any break, in freezing cold weather and in mostly outdoor locations. We shot the video in cooperation with the Nu Boyana Film Studios, a lot of the crew members had just come from filming the Hollywood production “Hellboy” – needless to say it was a very professional shoot. As you can see I was never really dressed for winter, I was literally freezing 12 hours a day. But the crew took good care of me:) 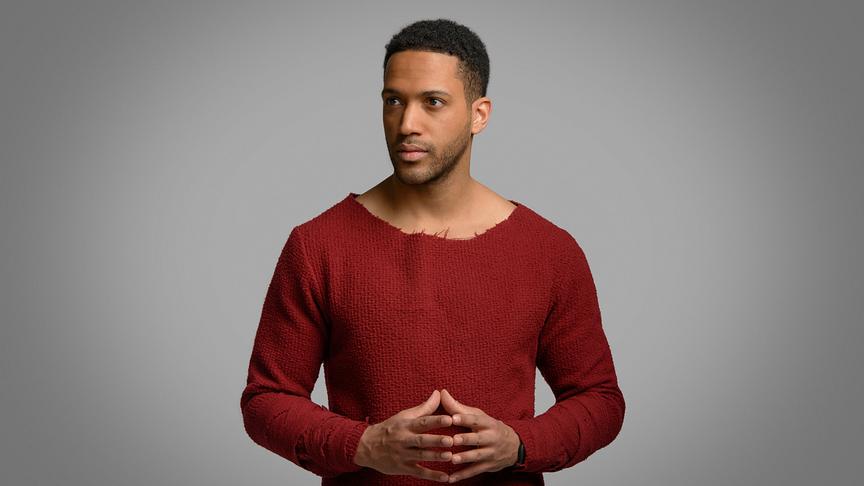 – You were backing vocalist for Bulgaria in 2016 and 2017. What’s the difference between being in the backstage and being right on the stage for you?
The main difference is that you get to work with the camera´s. Thats a big big difference, no matter which end of the stage you are used to performing on.

– How was working with Poli Genova and Kristian Kostov?
Poli had been a friend of ours for many years, we know each other for years, so there was nothing surprising or new about our working process.

Kristian on the other hand was a big surprise, as he is really mature for his age , and that is not something you can expect. He takes constructive direction well , but also has his own mind and artistic identity. With him the work was less about giving him direction, but more about creating a space in which he could just be himself.

– Did you find any chance to listen to the other songs, Did you like any of them?
I think I heard bits and pieces of about two 3rds of them, but unfortunately I didnt have time to really listen to all of  them from start to finish. Theres a couple of real quality songs in there. My favorite song so far didnt make it through the german national final though unfortunately. it was Ryk with “You & I” . The other song that I really enjoy is “Bones” by Equinox!This sounds like terrible selfpraise ,as it is a Symphonix production as well, but I just love that jam , I love beyond the bones, man!

– How do you prepare for Eurovision?
Apart from my singing rehearsals, I do camera training, stage rehearsals and I exercise as often as I can.

– What are your thoughts about Turkey, Is there any Turkish entry for Eurovision that you like?
I am involved with Eurovision since 2016, so I have missed seeing Turkey at the eurovision stage!
I will bring a bit of Turkey with me though -my mezzo soprano Sunay Balkan is a Turkish German:)

– What do you want to say to our followers and the Turkish Eurovision fans?
Start a petition to bring Turkey back to Eurovision! I´d sign it!
🙂