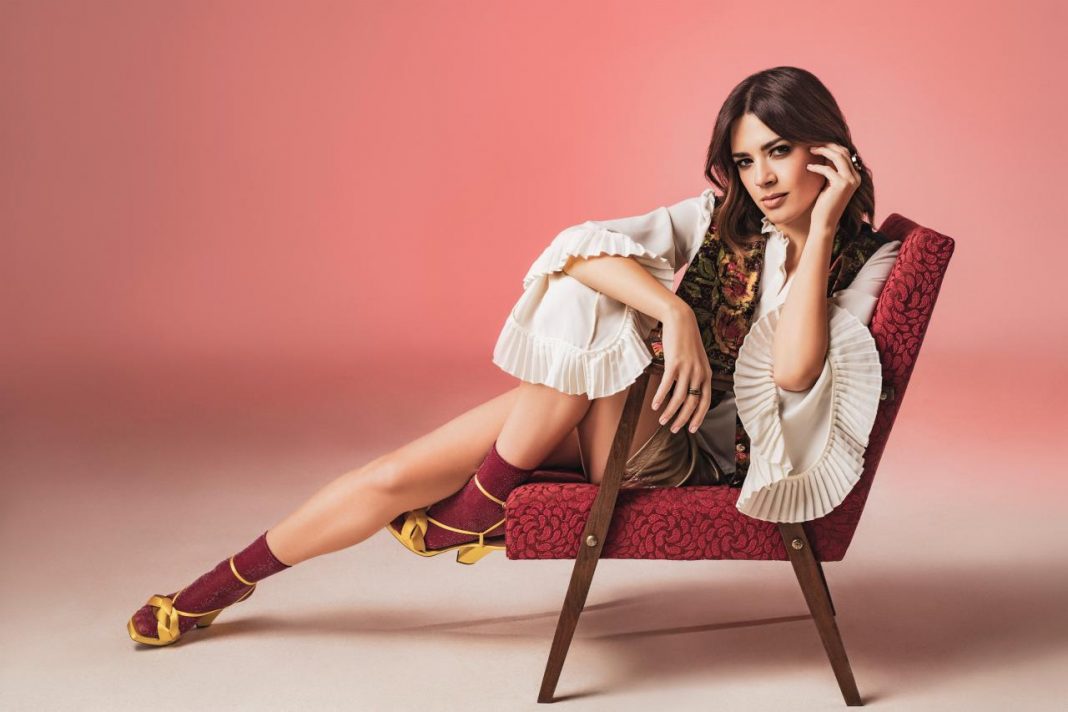 We interviewed Mia Dimšić, who will represent Croatia with her song “Guilty Pleasure” at the Eurovision Song Contest 2022 to be held in May.

-Could you tell us a little bit about yourself?

My name is Mia Dimšić, I’m a singer-songwriter originally from Osijek, Croatia. I currently live in Zagreb and do music full time and I’m so happy to be given the opportunity to represent Croatia in Eurovision as a next big career milestone.

-How was your talent discovered?

I was doing a lot of musical stuff throughout school and college years, and when I was 21, a local band heard me sing and invited me to join them on one of their tours, and this one in particular was in the States and Canada. That was a magical experience. I went and it changed my life. On tour I met my manger and co-writer Damir and he offered me to write songs with him and sing for living and I’ve never looked back since.

-How did you decide to participate in “Dora”?

After my first three records that were in Croatia, I thought that this year is finally a good time for me to put out my first English record. My Eurovision entry was initially written for that album and wasn’t planned for Dora or Eurovision, but as the Dora deadline was approaching, my manager suggested we apply with it cause he thought it had potential, and thankfully I listened to his advice. Now here I am, getting ready for one of the biggest stages in the world and it’s the most perfect place to present your first single in English.

-Can you tell us something about the story behind “Guilty Pleasure”?

I started writing the song after having dreamt about a same guy for five nights in a row, that’s basically it, the song is very autobiographical as most of my songs are. In the song, I tried to explore the concept of falling for someone else while being in a committed relationship. That has definitely happened to me, and I think a lot of people could relate.

-Your stage performance is quite successful. How did you create the stage, are you going to change something on it for Turin?

I had so much fun working on the visual part of my Dora performance, I had an amazing team around me and there was ofcourse my fabulous dancer Alex Olti from Romania. However, since we wanted to leave something as a complete surprise for Eurovision fans, we are completely changing the performance at the moment. The vibe is gonna be the same though, an intimate love story and a dreamlike state that the song brings. I hope the audience will like it.

-There is choreography in the performance, what kind of message does the dance give to the song?

In my Dora performance, Alex was representing this fantasy that the lyrics are talking about, so he’s basically a guy I can’t stop thinking about, and he keeps appearing and disappearing around me, and the moments we share throughout the song, such as the almost kiss in the ending, are brief and maybe they’re not even real. That’s up for everyone to decide for themselves.

-How does it feel to represent Croatia at the Eurovision?

It’s still very surreal. I am so happy I get to do this, I feel privileged and grateful, but also I think it’s a big responsibility so I’m doing my best 24/7 to do everything I can to put my country as high up on the list as possible.

-Have you ever been to Turkey, what are your thoughts? Do you have Turkish favorite Eurovision song?

I’ve been to Turkey once and it was amazing. Since I was a part of a folklore ensemble as a teen, we traveled to Antalya to perform at this huge youth festival. We performed at some kind of a colloseum with around 80 other countries and it was a magical experience. Also, on the way we passed through Istanbul and it is to this day the most beautiful city I’ve ever seen. My favorite Turkish entry would definitely be a smash hit “Every way that I can” from the 2000s.

Thank you so much for supporting me and I hope you will like what all of us prepaired for you at this year’s Eurovision! J