We had an interview with the Norway’s representative KEiiNO for the song “Spirit in the Sky”. We asked the questions that we all concerned about!

– Could you tell us a about your group? How did the members of group come together?

We*re a Norwegian trio that mix electronic pop with Nordic folk melodies and joik, the traditional form of song of the Sami people. Tom Hugo had an idea to incorporate joik in his poppy songwriting, and reached out to Sami rapper/ singer Fred Buljo. It was a great match, and Spirit in the Sky was written.  But they wanted a strong woman as the lead-singer, and got in touch with what we think is the best female pop-singer in Norway, Alexandra Rotan. After our first studio session, we all agreed that this was so much fun, that we wanted to make the band our main focus

Keino means «way» in Finnish, and is also the second part of Fred’s hometown «Kautokeino»

– How did you decide to participate in Norway Melodi Grand Prix?

We all had a dream of winning Melodi Grand Prix, and to win we had to take part.

– Can you tell us something about the story behind “Spirit In the Sky”?

We wanted to create an entry inspired by struggles for equal rights regardless of who you love and where you come from. Musically, our goal was to incorporate joik in a modern pop sound. And on a night filled with Northern Lights, lyricist Alexander Olsson were inspired by the Sami belief that nature gives you strength in times of trouble.

– Your stage performance was quite successful, how did this idea come about?

The idea was to show the transition between the darkness in the beginning of the song and end top in a happier place, with dancers underlining the lyrics. Now we’re actually building a whole new stage performance for Eurovision, as there are so much more possibilities than in the national selection. 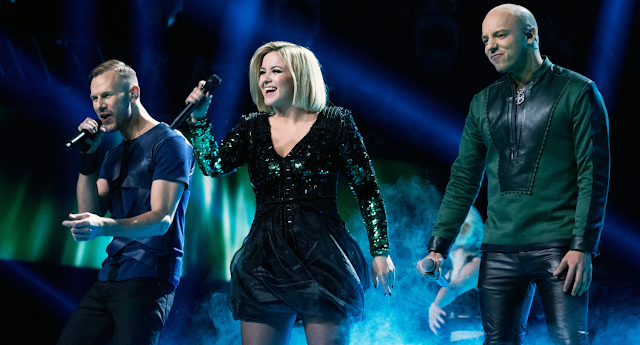 – We know that the ”KEiino” created for Melodi Grand Prix. Will the group continue to work together after Eurovision too?

Yes, we have big plans for KEiiNO!

We like the idea that Eurovision brings countries together in a peaceful music contest, and all of us have dreamt of being part of the grand finale since we were kids.

– How do you prepare for Eurovision?

We are rehearsing our new stage-show and will be singing in front of a lot of fans during pre-parties all over Europe.

– What do you think about Turkey? Do you have any favourite Eurovision song?

It’s a beautiful country, and we love how Turkish pop-acts add traditional instruments and melody-lines in modern productions, and really hope Turkey will be back in Eurovision soon!

– What do you want to say to our followers and the Turkish Eurovision fans?

Sing, dance, love and be proud of who you are!