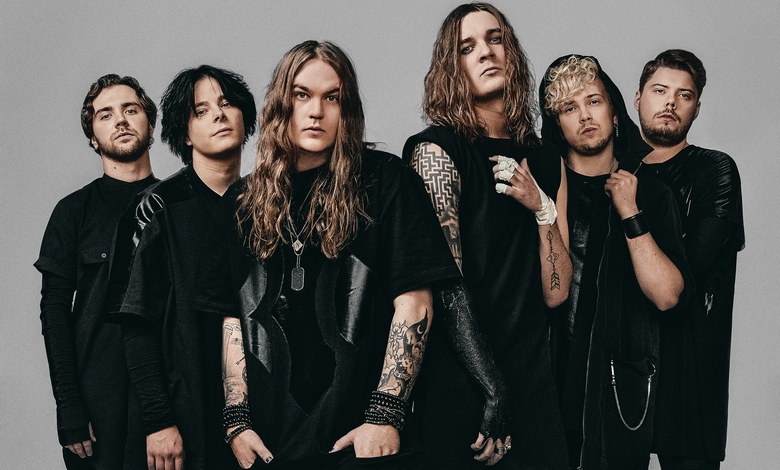 Blind Channel, who will be representing Finland in Eurovision by Dark Side, has answered the questions. The band is one of the favourite competitors of the contest, and their style is heavy pop metal.

-Could you tell us a little about yourself?

We are a six-piece violent pop group Blind Channel from Finland and we’re ready to take over the whole Europe.

-Although you are a new group, you have many successes. What do you attribute this to? What do you think is the secret to being successful?

I guess it depends what is determined as a new group because Blind Channel has worked hard since 2013 and we’ve done so many things that probably most of the artists would have skipped. For example touring around the europe 31 days in a camper car with six guys and three beds. The magical secret we have might be that we know each other so well and we’ve always worked hard on each sector of making our band big. We all have our own responsibility areas in the band and that’s how we make sure everything keeps on going as planned.

Our third album had just been released. We had plenty of big shows and festivals planned. Then everything got cancelled. We were frustrated and pissed off but we had no other choice than go back to our rehearsal studio and start writing music. That’s how Dark Side was born. Some people say that Eurovision could ruin the career of a rock band, but we disagree. We believe that if you just do your own thing without pleasing anyone just because you “should” and you make the most out of every possibility, you’ve already won.

-Your song is called “Dark Side” can you tell us more about it?

Dark Side is an anthem for people who are feeling the same frustration as we are. Life can be tough and dark sometimes but you can still enjoy it and have a party and put your middle fingers up. Give it a try. It’s very therapeutic.

-You are one of the favorite countries this year, what do you think about it?

We honestly haven’t followed any ESC sites about who’s favorite etc. We’re just simply focusing to our own thing 150% so we’ll make sure that people will have a show to remember.

-Many rock bands participated in Eurovision. What do you think makes you different from them?

We think the main difference is that our world domination plans are much bigger than just this whole contest. Of course we’re excited about this opportunity but you should always keep your eyes on the future.

-Will your Eurovision performance be like in UMK or will there be any changes?

The UMK show was a good warm up. Now we’re in the world champion league so we’re gonna deliver a world class show for sure. It will be bigger, better, faster and stronger. Less clothes, more fire. 😉

Blind Channel has played hundreds of shows in front of five people and five thousands of people. In both scenarios we’re always gonna play and perform like it would be our last show ever. Of course we love the audience and they’re always giving us more power, strength and emotions but we know there’s still people behind the camera who’s watching us.

-Have you ever been to Turkey, what are your thoughts? Do you have Turkish favorite Eurovision song?

Maybe some of us have been there on a vacation and we know that Turkey is a beautiful country.

Huge thanks to all of you for your support and we can’t wait to see you guys! We also can’t wait to play a show in Turkey after this pandemic is over.