Jon Ola Sand: “The time of singing turkeys is over”

Jon Ola Sand, the Executive Supervisor of the Eurovision Song Contest recently gave an interview to ad.nl where he made some announcements about what we can expect from this years competition in Rotterdam but also about the voting system and the political voting.

Being asked what we can expect from this years show Jon Ola announced that the show will include an atmosphere of Rotterdam and that it will showcase the culture, art and the history of reconstruction. He also believes that the show will be creative and with high technology standards:

“I think it will be an amazing, creative and developed production. Expect a lot of technical highlights. It is easier for the EBU to work in Rotterdam than in Ukraine in 2017 for example as they didn’t have much experience with big live competitions.”

Being asked about which changes were essential in the last years, Jon Ola Sand expressed his satisfaction with the current voting system and the abolition of the live orchestra, stating:

“It was important to remove the live orchestra. Therefore we can guarantee more participating countries as an organisation with 41 countries and a live orchestra would be too complex. The juries are also an important addition to the contest. With the introduction of the juries, the time of singing turkeys on stage is over. The music is more important again.”

Jon Ola Sand also announced that the EBU would allow a maximum of 44 countries to take part at the ESC, stating:

Jon Ola Sand also thinks that it would be wrong to exclude Armenia and Azerbaijan from the competition only because they don’t award points to each other. He explains:

“It’s not good that they award 0 points to each other but what can we do? Exclude them? No, we are already very proud that they share the same stage, we want to keep them on board and hope that the situation will change with lots of talking. In fact, we have thought about changing the voting system in the last few years. For example to give 25% power to the juries and 75% to the public or vice versa. But we believe that the current 50% jury and 50% televote is the best voting system.”

Jon Ola Sand will resign after this years competition in Rotterdam.

What do you thInk about the announcements of Jon Ola? Tell us In the comments sectIon below. 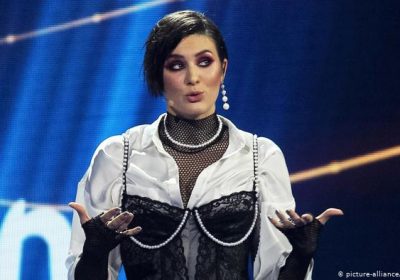 WILL UKRAINE BE ABLE TO PARTICIPATE AT EUROVISION?The Ukrainian national broadcaster UA:PBC has just announced that their Eurovision 2020 participation and the broadcast of the Olympics 2020 is in danger. The reason for these dangers goes back to the debts UA:PBC has since 2010 to the television channel Euronews. Therefore UA:PBC owes 10 million euros to Euronews, which they are not able to pay back currently. The Ukrainian Ministry of Justice has taken actions and arrested the public accounts of UA:PBC.UA:PBC has made an announcement on their Facebook page stating:“Now the arrest of accounts has already made it impossible to prepare for the broadcast of the Olympics 2020, is blocking the participation of Ukraine in Eurovision 2020, has stopped the launch of new Suspilne projects, in particular the launch of a new Suspilne Studio on the air of the UA: PERSHYI TV channel”Zurab Alasania, the Director General of UA:PBC confirmed the news, stating:“We cannot pay the trip of our participants. We cannot even pay for the hotel for the Ukrainian team.” However hope is still not lost as the Ministry of Finance seems to agree to help to pay off the debts.Would you be sad to see UkraIne not partIcIpatIng in Rotterdam? Tell us In the comments sectIon below.Source: bbc.comPhoto by: S. Glovny BÜYÜK FİNALE... i (function($){$(document).ready(function($) { var event_month = 5 - 1; desc = 'KALDI'; eventDate = new Date(2020, event_month, 16, 00, 00, 00, 0); $('#shailan-countdown-REPLACE_TO_ID_2').countdown({ until: eventDate, description: desc, format: 'yowdHMS', timezone: 0 }); }); })(jQuery); Facebook Twitter Instagram en çok okunanlar “Eurovision Kudüs’te düzenlenmeli” Mart 26, 2018 Türkiye, Eurovision’da yer almayacak Eylül 21, 2019 Hatari sorularımızı cevapladı Nisan 5, 2019 EBU, oylama sistemini değiştirmeye hazır Ekim 22, 2019 Bunu paylaş:TwitterFacebookWhatsAppRedditTelegramLinkedInYazdır 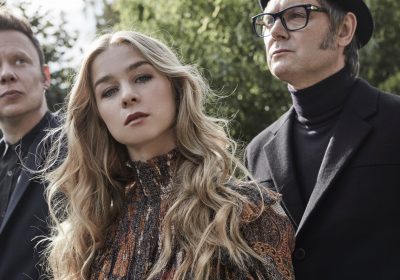 Hooverphonic respond to criticism: “In the circus of bad taste there is room for a pearl”

HooverphonIc respond to crItIcIsm to theIr song for eurovIsIonBelgian national broadcaster VRT is in charge for the Belgian entry for the ESC this year and they made us all excited with their choice to select Hooverphonic as the Belgian representative for the ESC 2020 in Rotterdam.Hooverphonic revealed their song for the competition “Release Me” early today at MNM – a famous radio station in Belgium. However soon after the reveal, the Belgian media outlets and music industry professionals criticized the song for being too repetitive and monotonous. One of the critics was also that the song “doesn’t fit to Eurovision at all”. Hooverphonic made clear that this was their intention, stating:“We clearly opted for a Hooverphonic song and not a song that was specially made for Eurovision and that would no longer sound like Hooverphonic.”Hooverphonic added that they only said yes to Eurovision because they were allowed to stay themselves.Alex Callier, a member of Hooverphonic went on further by stating:“I have already heard a few other songs and I think that our song stands out. In the circus of bad taste there is also room for a pearl. Our mission is just to be different.”The group cannot understand and agree with the criticisms:“The people who are critical now, I don’t think they’ve been watching Eurovision for years. In recent years, things have really changed there. Look at Salvador Sobral or Blanche, those are also atypical songs that did well.”The Belgian ESC 2020 representatives also responded to the criticizms that the song is “too monotonous and repetitive”:“Those people got stuck in their youth. Songs like those from Sobral or Blanche also don’t have a lift and yet they also scored very well. And moreover: where is the lift in pop music? You don’t need large power ballads anymore. We want to do it with small emotions.”Being asked about the staging Hooverphonic teased that the staging will be clear, simple and sober and that the clothing will be traditional Belgian.What do you thInk about the crItIcs and HooverphonIcs reactIons? Tell us In the comments sectIon below.Source: vrt.be BÜYÜK FİNALE... i (function($){$(document).ready(function($) { var event_month = 5 - 1; desc = 'KALDI'; eventDate = new Date(2020, event_month, 16, 00, 00, 00, 0); $('#shailan-countdown-REPLACE_TO_ID_3').countdown({ until: eventDate, description: desc, format: 'yowdHMS', timezone: 0 }); }); })(jQuery); Facebook Twitter Instagram en çok okunanlar “Eurovision Kudüs’te düzenlenmeli” Mart 26, 2018 Türkiye, Eurovision’da yer almayacak Eylül 21, 2019 Hatari sorularımızı cevapladı Nisan 5, 2019 EBU, oylama sistemini değiştirmeye hazır Ekim 22, 2019 Bunu paylaş:TwitterFacebookWhatsAppRedditTelegramLinkedInYazdır 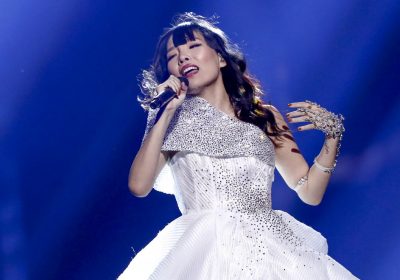 DamI Im has just announced a bIg surprIse for her fansYes – you heard it right, Dami Im, who represented Australia at the Eurovision Song Contest in 2016 will try to return to Eurovision and will participate at Eurovision Australia Decides in 2021.She just announced the suprise during the live broadcast of Australias national final for the 2020 ESC by saying:“I realised that I miss Eurovision and that’s why I will participate at Eurovision Australia Decides next year to represent Australia at Eurovision.”As mentioned above, Dami Im represented Australia at the 2016 Eurovision Song Contest with “Sound of Silence”. She topped the jury vote but finished second overall at the end of the show.Would you lIke to see DamI Im back at EurovIsIon? Tell us In the comments sectIon below.Photo by: Unknown BÜYÜK FİNALE... i (function($){$(document).ready(function($) { var event_month = 5 - 1; desc = 'KALDI'; eventDate = new Date(2020, event_month, 16, 00, 00, 00, 0); $('#shailan-countdown-REPLACE_TO_ID_4').countdown({ until: eventDate, description: desc, format: 'yowdHMS', timezone: 0 }); }); })(jQuery); Facebook Twitter Instagram en çok okunanlar “Eurovision Kudüs’te düzenlenmeli” Mart 26, 2018 Türkiye, Eurovision’da yer almayacak Eylül 21, 2019 Hatari sorularımızı cevapladı Nisan 5, 2019 EBU, oylama sistemini değiştirmeye hazır Ekim 22, 2019 Bunu paylaş:TwitterFacebookWhatsAppRedditTelegramLinkedInYazdır